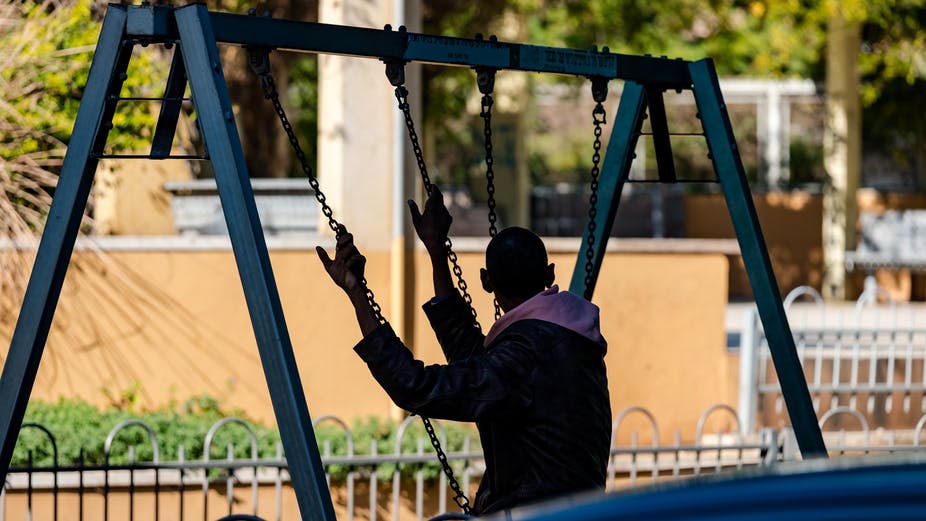 Originally published in The Conversation.

Life can be very challenging for new migrants who are faced with the realities of racism, loneliness and underemployment in their adopted countries. It is important for host communities to understand how best to help migrants settle in and achieve well-being.

Much of the research on migrants’ adaptations to their new life has focused on involvement in religious groups as a coping mechanism. These studies take the view that the sense of community and cultural experience provided by transnational religious spaces, like churches, make it easier for most migrants to adapt.

Another way of looking at this issue is through the lens of attachment theory. This is a concept in psychology which is used to understand how people’s contact with a caregiver shapes the way they see themselves and others. God can be seen as the same sort of “attachment figure” as a caregiver or parent.

My research on migrant attachment and quality of life suggests that what attracts vulnerable migrants to religion is not so much the cultural experience they have in religious spaces but the security and hope that comes from their bond with God.

Migrants who have left their home countries due to conflicts or human rights violations, and lost a caregiver (such as a parent or romantic partner), could be in dire need of a new caregiver. Migrants who are geographically separated from their loved ones need to reestablish a new attachment relationship with an available caregiver.

I studied the attachment patterns of African migrants in Australia and the Netherlands. Migrants’ experiences of attachment are seen in the way they seek and maintain attachment to God. Another emotional bond is formed through their attachment to the new country, as they wrestle with socio-cultural issues such as identity and belonging. Migrants also form attachment with their romantic partners and important people in their lives.

These studies show the health benefits of the different types of attachment involving a relationship with God, geographical place and important people in one’s life. For example, in one study I found that all the patterns of migrant attachment were related to quality of life outcomes independently.

In another study I found that forming an attachment to God helped African migrants in Dutch society foster their sense of belonging despite the negative experiences of racial discrimination and insecurity about their future. Results in one of the studies suggest that African migrants who were not in a relationship (that is, who are unmarried, divorced, separated or widowed) were more likely to seek attachment with God.

My research suggested that these migrants benefited from experiences that helped them form a sense of belonging, build resilience and negotiate their quality of life.

Attachment theory shows how migrants’ adjustment strategy is determined by their need for security. Psychologists assert that the need for connection and emotional security amid the challenges of life can be met by someone greater and more powerful than us, whether it is God, a parent or a significant place.

Decades of research has shown that the same kinds of behaviours and representations found in a parent-child attachment can also be found in a believer-God attachment. For example, infants turn to their parents when they perceive danger the same way people turn to God for help when they feel threatened. A child’s confidence in a parent’s availability makes it possible to explore the broader environment. In the same way, God’s imagined presence in a migrant’s life may give a person the confidence to explore and adapt in the new place.

The set goal of any attachment relationship is to make the attachment figure a safety net in times of danger, and a secure base from which to master the uncertainty of the world.

In search of a secure base

I found that the believer-God relationship was an attachment relationship in many ways. An attachment to God offered a sense of security, protection, and hope to migrants and refugees at the margins of society. They were drawn to God, not religion.

While religion – an organised set of beliefs and practices – offered a sense of community, God met the need for relationship and security.

My study found that attachment with God was a useful coping mechanism for navigating migration and socio-cultural challenges.

My studies show that the security experienced in a relationship with God, not devoid of struggles like any other relationship, helped African migrants form a sense of belonging and security in their host communities, and provided a meaningful adjustment strategy. Policies on migrant attachment experiences and positive development should be applied to help migrants thrive in a new environment.

Can religious coping help Australian bushfire affected communities get back on their feet? Here’s what psychology suggests.